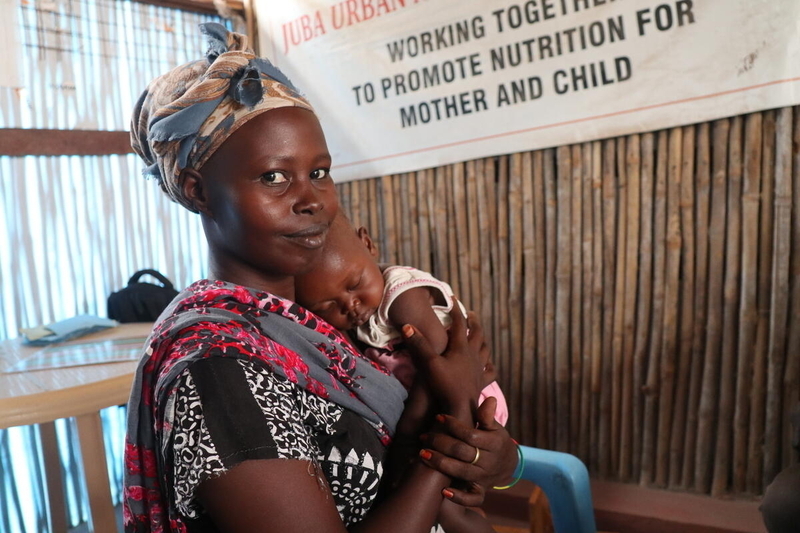 Children are a heritage from the Lord, offspring a reward from him.

Every child, in every corner of the globe, is a miracle created by God. Every child deserves the chance to grow up healthy, to learn, and to enjoy the abundance of life that God intended for all of us. And yet, every day, nearly 15,000 children die before reaching their fifth birthday. The deaths come primarily from low-middle income countries where mothers and babies lack access to the basic health services that could help them survive.

While not every death can be averted, simple solutions — ones we often take for granted here in the U.S. — have the power to save millions of young children’s lives each year. One of those interventions is the healthy timing and spacing of pregnancies (HTSP).

What does healthy timing and spacing mean?

HTSP is World Vision’s pro-life approach to family planning. It empowers parents with the knowledge they need to make informed decisions about when to start and grow their family and prioritizes the health of the mother and her current and future children. Our HTSP programming dispels myths about what family planning means, shares the facts about the risks of frequent and early pregnancy, and emphasizes the value of human life.

World Vision promotes HTSP because it helps children grow up healthier, reduces pregnancy-related mortality for mothers, and contributes to increased opportunities for families in poverty to take charge of their own futures.

According to the World Health Organization, in 2017 approximately 810 women died every day from preventable causes related to pregnancy and childbirth. Pregnancy is even riskier for younger mothers: Globally, complications due to pregnancy and childbirth are the leading causes of death in girls ages 15 to 19. Adolescent mothers have a higher risk of eclampsia, puerperal endometritis (a type of serious uterine infection), and systemic infections than women in their early twenties.

The majority of adolescent pregnancies globally — over 90% — occur within marriage. But being married, with or without a girl’s consent, does not mean a girl is physically or emotionally ready for motherhood. The increased risks of adolescent pregnancy are one of the many reasons World Vision advocates for an end to child marriage. For those already married, having the knowledge and support necessary to delay pregnancy until a young woman is ready can greatly increase her chance of surviving, and in turn, increase her baby’s chance at a healthy life.

The first 1,000 days of a child’s life — from conception to their second birthday — are crucial to a child’s healthy growth and development. Breastfeeding provides complete and accessible nutrition for a child’s first six months of life, which is especially critical in places where malnutrition is common. Breastmilk offers a protective shield against disease through a mother’s antibodies and contributes to a lifetime of better health for a child. And, according to the World Health Organization, breastfeeding promotes sensory and cognitive development and is associated with higher incomes later in life.

But becoming pregnant again too soon compromises a mother’s ability to breastfeed because the new baby competes for nutrients, increasing the older child’s risk of stunting and poor nutrition. Risks increase for the new child as well. A child conceived less than 18 months after an older sibling has an increased risk of neonatal mortality, and children conceived within six months of the preceding birth are 2.2 times more likely to die before reaching age 5, as compared to those conceived 36 to 47 months apart. Intervals of less than six months between pregnancies also increase the mother’s chance of childbirth-related death.

Spacing pregnancies by three years would prevent 1 in 4 child deaths, prevent 1 in 3 maternal deaths, and reduce childhood stunting by 50%.

Childbirth is a complicated process anywhere, but significantly more so in places where there’s inadequate access to nutrition and healthcare. In many of the places where World Vision works, this lack of access exacerbates the risk of mortality to both mother and child. In high-income countries, for example, the maternal death rate is 11 per 100,000, but in low-income countries, the rate is 462 per 100,000. Low- and middle-income countries account for 99% of global maternal deaths of women ages 15 to 49 years.

For her family, a mother’s death can be devastating – in fact, a mother’s death in childbirth lowers her baby’s chance of survival in the first month to only 19%. Knowledge about HTSP greatly increases a mother and child’s chances of survival and gives families time to celebrate each new family member with care and attention.

In addition to health benefits, increasing space between births means a mother is better able to offer each of her children more individual care and has more opportunity to contribute to the economic security of her family. Though many children are often seen as a sign of wealth, in areas where malnutrition is high and economic opportunity is poor, many children can potentially be more than a family can feed, leading to greater malnutrition and strain on a family’s resources. But allowing more space between children allows more time for a child to get a strong start physically and emotionally.

Protecting the lives of the born and the unborn

World Vision supports context-appropriate family planning, including non-abortive contraception of a family’s own choosing, because of its potential to increase families’ health and well-being. Increasing contraceptive use not only significantly reduces maternal deaths in developing countries, but reduces abortion rates, protecting the lives of both the born and unborn.

A study in the Christian Journal for Global Health found that mobilizing faith leaders to provide information on HTSP and contraception, which reflects World Vision’s approach, could cut abortion in developing countries by 70% and reduce maternal mortality by 35%. In developing regions where abortions are more likely to be unsafe, avoiding them protects both mothers and children. HTSP promotes the sanctity of life by encouraging and empowering potential parents to make informed, proactive decisions for their family.

World Vision is pro-life. We believe that life begins at conception, and World Vision does not provide, recommend or refer women for abortions or methods of birth control that are proven to be abortifacient. In contrast to abortion, HTSP celebrates life and motherhood and helps ensure every child has a chance at a full, healthy life.

See how families in Kenya are embracing healthy timing and spacing of pregnancies:

In the developing world, traditional concepts of family planning are sometimes associated with government efforts to limit family size and intrude on family’s wishes. In contrast, World Vision’s approach to HTSP focuses on engaging religious leaders, dispelling myths, and educating families about the reasoning behind HTSP so they can make their own informed decisions.

Religious leaders often determine what sexual behaviors are permitted or taboo in a community. World Vision engages with these leaders with respect, focusing on how HTSP promotes common values of life, health, and care for one another. World Vision shares scientific, fact-based information about contraception while inviting leaders to explore their religious texts, ask questions, and have safe and open conversations.

By exploring how different types of contraception really work while genuinely engaging with their religious texts, leaders gain a better understanding of how advocating for the needs of women and girls can align with their faith values. This approach empowers faith leaders with the knowledge and confidence necessary to become powerful advocates for women, even when it means speaking out against cultural norms.

For example, in Senegal, where World Vision implemented HTSP programming in partnership with USAID, local imams (Islamic religious leaders) became strong advocates for family planning methods, particularly because the Qur’an encourages mothers to breastfeed for two full years. Catholic sisters, who supported three health posts in the same area, counseled clients on the Lactational Amenorrhea Method and the Standard Days Method. HTSP can be a part of the expression of many faiths because of its focus on the value of life and family.

Engaging both men and women

World Vision also prioritizes engaging both men and women on HTSP. Globally, only 52% of women in a marriage or union are able to freely make choices about sexual relations and contraceptive use. When men are approached as partners and fully understand the potential of HTSP, they can become advocates for their wives and future children.

To give mothers and children the best chance at a healthy life, World Vision recommends:

HTSP not only protects the health and well-being of mothers and children, it helps families break the cycles of poor health and poverty that continue when families don’t have sufficient information or support to make informed choices about their family size. It celebrates life and birth by helping families understand the process and giving mothers and children the best chance at survival. And it challenges the idea that healthy family planning conflicts with a community’s religious beliefs and values.

Sign up to receive weekly emails to stay informed about our work and easy actions you can take for justice: