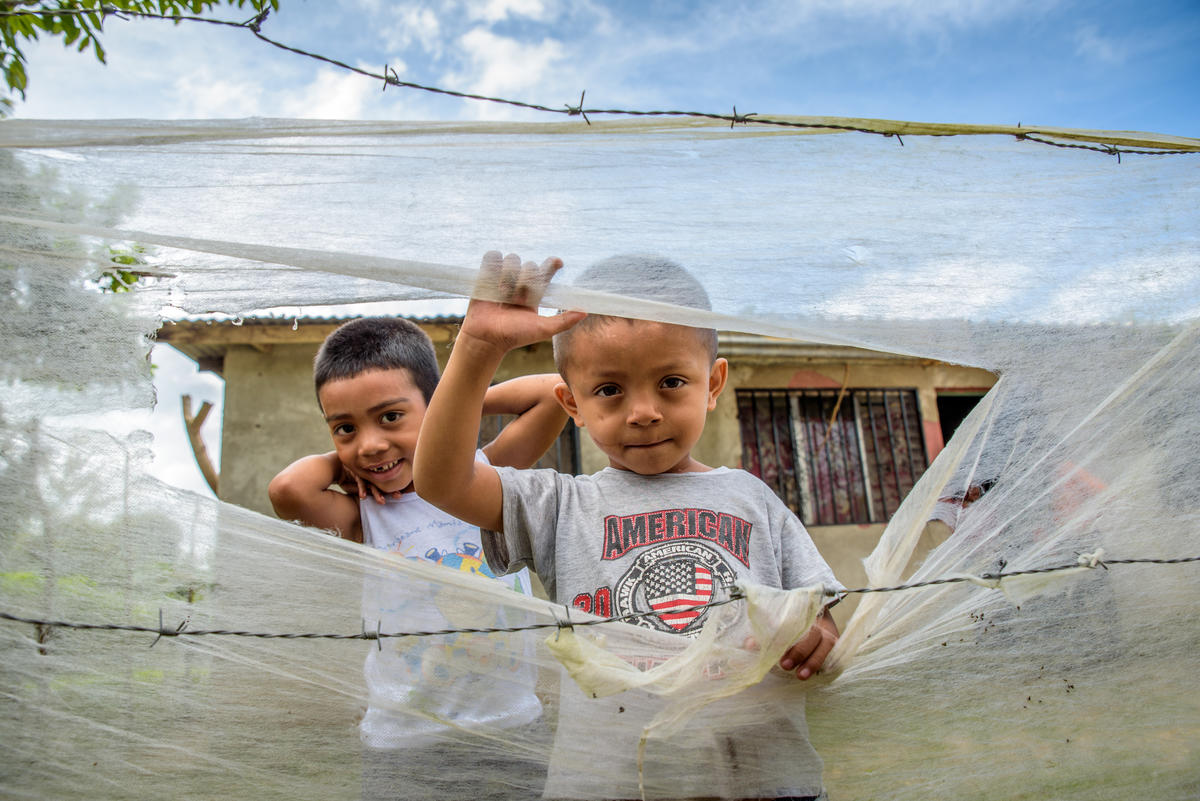 “This is what the Lord Almighty said: ‘Administer true justice; show mercy and compassion to one another.'” — Zechariah 7:9

In March, just days before the White House announced a cut of all foreign assistance going to the three Central American countries of El Salvador, Guatemala, and Honduras, I was in El Salvador. I saw first-hand the impact of World Vision’s programs bringing hope to the marginalized communities of a country plagued by violence, impunity, and poverty.

While there, I visited Soyapango, one of the most dangerous cities in El Salvador and Central America. It’s completely ruled with impunity by the MS13 and 18th Street gangs. While there currently remains a truce between the gangs, the main road running through the city acts as a border between their territories. Here, you can feel the oppression of an area marginalized even by El Salvador’s standards, with little opportunity for education, employment, and at times, even peace.

Yet World Vision is one of few organizations able to operate both education and livelihood programs for parents and children, as well as a sponsorship program for the children of this underserved town. Our relationships with church organizations and schools allow us to operate here and bring hope where there is little.

The role of foreign assistance in Central America

Since my return from the region, President Trump announced that he has “ended all payments to Guatemala, Honduras, and El Salvador”, stating that these governments have not done enough for the U.S. in curbing the flow of irregular migration from their borders. While one can certainly be frustrated by the thousands of families still leaving these countries to make the dangerous journey north to reach the United States, the countries of El Salvador and Guatemala have committed $5.4 billion of their own money on security and opportunity development to help their own people. But these generational issues take time and resources to alleviate.

According to The New York Times, the vast majority of U.S. foreign aid goes to international nongovernmental organizations like World Vision, directly addressing the root causes of migration, rather than going to foreign government entities. I’ve seen these programs at work: They are providing hope to people that their communities can improve and giving them reason to stay in their home communities. That said, I feel the decision by the Administration to end funding to these programs is counterproductive — and many in Congress agree.

But there’s good news: To address this counterproductive decision from the Administration, the Chairman and Ranking Member of the House Foreign Affairs Committee, Reps. Engel and McCaul respectively, have introduced The United States – Northern Triangle Enhanced Engagement Act (HR2615). This bill supports the people of Central America and strengthens U.S. national security by addressing the root causes of migration from El Salvador, Guatemala, and Honduras.

In effect, this bill would:

As a child-focused organization, World Vision believes that all children deserve a life free from fear, a life where they feel cared for and protected in a loving family environment, and a life where they have hope for their future. To achieve this for children in Central America, U.S. foreign assistance is needed to improve incomes and security in this region. This bill seeks to do just that — but we need your help to show Congressional leaders that this is a priority to the American people.

Top photo: David, wearing t-shirt that says, “American”, and a friend peer through cloth on fence at the home David’s family is renting in Honduras. (©2017 World Vision/photo by Jon Warren)