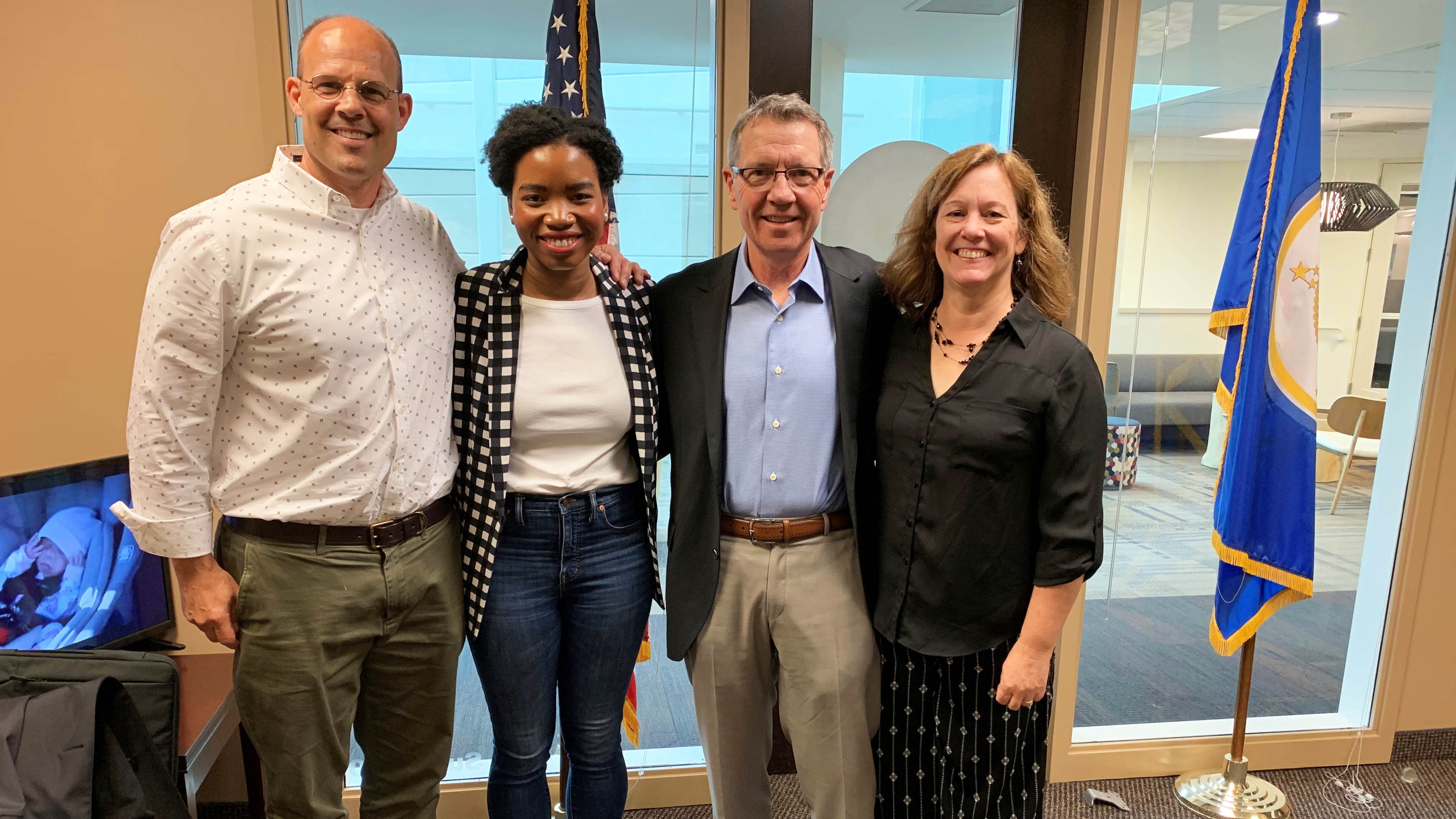 April has come and gone, and World Vision advocates made sure it was a month full of impact! In April, advocates took almost 5,000 actions (4,975) on behalf of global poverty issues. They raised their voices by contacting their members of Congress with:

In addition, those in the Volunteer Advocate Community held an impressive nine in-person meetings. Advocates all over the U.S. are lifting their voices – together with the voices of those in poverty – and changing hearts and minds.

What were advocates talking about in April?

Of the nine in-person meetings in April, six were to ask for continued support for the Global Fund to fight AIDS, Tuberculosis and Malaria. This fund was started in 2002 when world leaders came together to fight back against diseases that, at the time, seemed unstoppable.

Efforts from the Global Fund have saved more than 27 million lives so far, and advocates want to make sure the fund can continue to save lives. World Vision advocates asked their representatives to continue strong U.S. support for the fund’s sixth replenishment in 2019 — because the lives saved are well worth the investment.

Protecting foreign assistance funding in Central America was a big focus in April, and thousands of emails flooded Congress opposing the White House’s proposed cuts. Six members of our Volunteer Advocate Community submitted letters to the editor about the importance and prudence of continuing support to Central America. (Read Stanley Norman’s compelling letter, published in the Idaho Statesman under “Immigration”.)

Two advocates (in Idaho and New York) had meetings with their legislators’ staff to request support for the Ending Violence Against Children Resolution, which calls for a comprehensive strategy to end child labor, child marriage, trafficking, and other forms of violence against children.

Those same meetings also addressed the importance of foreign assistance in Central America, explaining that investing in safety and opportunity in the region is the best way to address the root causes of migration — and protect the most vulnerable.

Many voices, one purpose

To everyone who scheduled a meeting, sent an email, shared a tweet, made a phone call, or said a prayer on behalf of those in poverty, thank you! You made a difference for children and families all over the world!

We’d love to talk to you! Fill out the form below and we’ll be in touch!