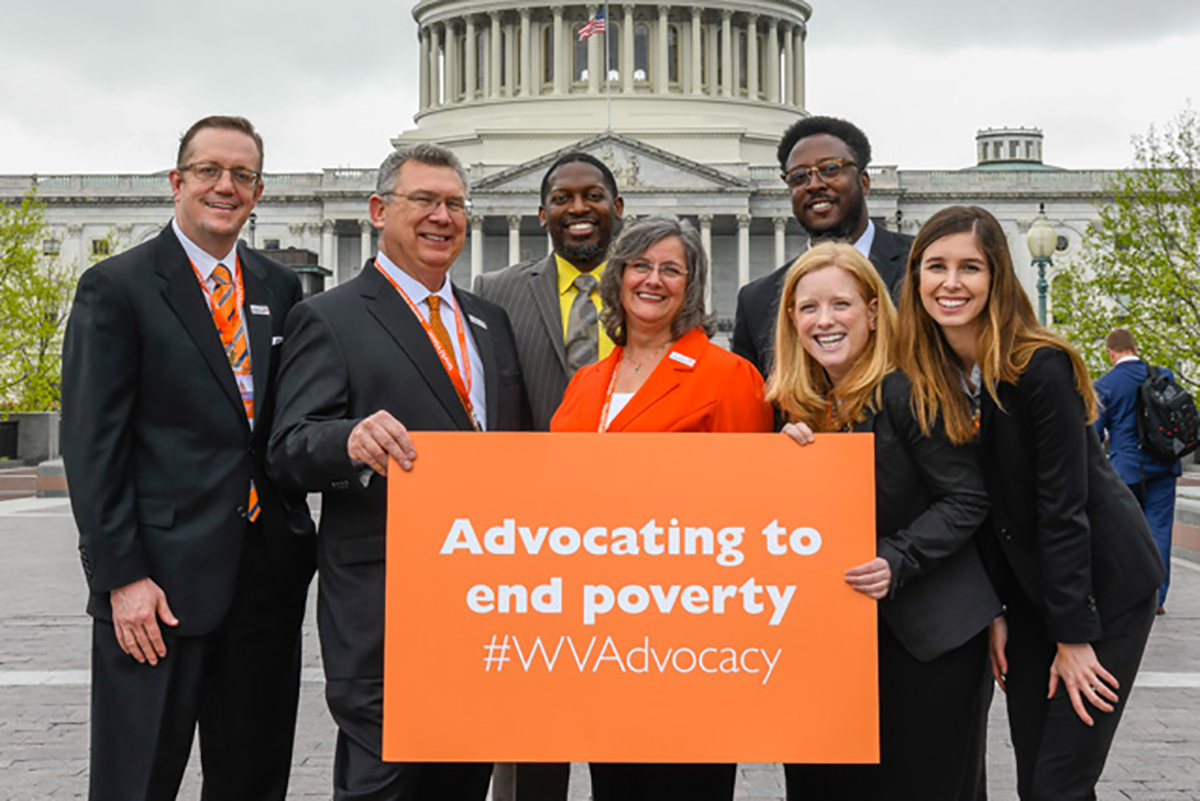 WOW! We can’t thank you enough for the incredible ways you stood up, made your voices heard, and advocated for safety, health, and opportunity for children around the world. Whether you sent a single email or call to Congress or you organized an in-person meeting with your legislator, you answered God’s call to seek justice and to speak on behalf of the poor. And it made a difference.

Despite the fact that Congress had largely rejected the Administration’s proposed cuts to foreign assistance funding back in March, in August, the Executive Branch was considering a new tactic called a rescissions package. It would have canceled the budget authority of Congress and frozen money that was planned to be provided to life-saving programs.

Together, World Vision advocates contacted 92 of the 100 Senate offices and 263 offices at the House of Representatives with phone calls or emails asking Congress to speak out against the rescissions package. In total, more than 1,440 emails were sent and more than 125 calls were made. Your voices, united in seeking God’s justice for children around the world, were heard in our nation’s capital! The Administration withdrew the rescissions package, so those life-saving programs were able to continue without interruption!

This year, the number of children and families around the world who aren’t getting enough to eat every day increased for the third year in a row. Knowing that the Global Food Security Act was up for reauthorization by Congress and that keeping its Feed the Future initiative would really help, more than 215 World Vision advocates emailed, called, and even met with their members of Congress about this bill. And in September, the GFSRA was reauthorized! Its work is vital to the global goal of ending hunger by 2030.

PEPFAR (the President’s Emergency Plan for AIDS Relief) is a bipartisan initiative that began in 2003 under then-President George W. Bush. Among other things, it has enabled more than 2.4 million babies to be born HIV-free to mothers living with HIV and supported more than 6.8 million orphans, vulnerable children, and their caregivers. The initiative needs reauthorization every five years, so it was important that advocates let Congress know they cared. And it worked: As part of this year’s reauthorization of PEPFAR, the U.S. government will invest $100 million to address some key gaps toward achieving HIV epidemic control and ensuring justice for children, including by leveraging the unique capacities and compassion of faith-based organizations and communities — like World Vision!

Though they may not have crossed the finish line and landed on the President’s desk for signing into law, there were several pieces of legislation that made huge strides in 2018 — and World Vision advocates mobilized around all of them!

Many of these bills will be reintroduced next year with the new Congress, so we’ll need advocates to keep speaking up and fighting for their passage! Together, World Vision advocates took almost 55,000 actions this year  — that’s amazing! We hope you’ll join us in 2019 as we continue to work together to make sure every child has access to safety, health, and opportunity!

Click HERE to get regular updates about actions you can take on behalf of children and families living in extreme poverty. Or, fill out the form below to learn more about our Volunteer Advocate Community and how you can take part: