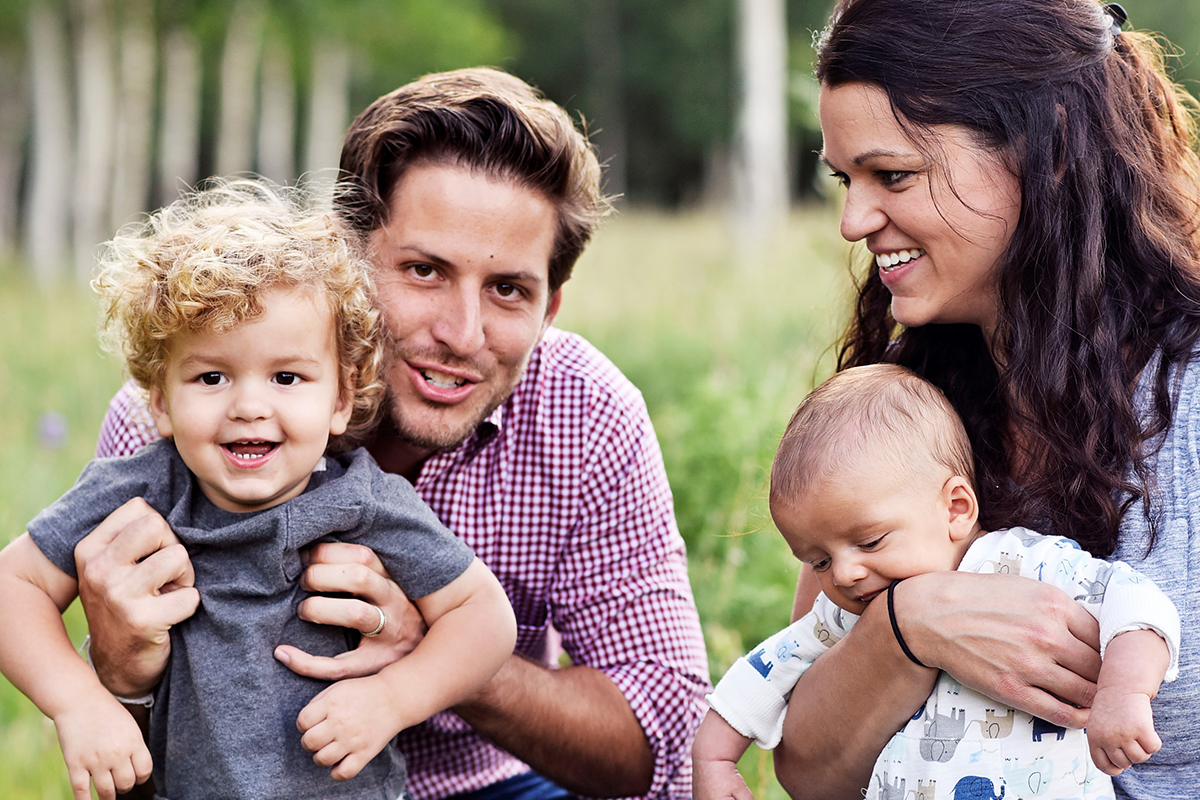 World Vision Advocacy has officially launched its Volunteer Advocate Community! In partnership with World Vision staff, Volunteer Advocates develop relationships with members of Congress to influence U.S. policies and budgets, so more children can break free from poverty and experience fullness of life.

But wait, there’s more: Volunteer Advocates will join an active, supportive community of Christ-followers who see advocacy as ministry – a reflection of God’s commitment to redeeming our world. That’s something very close to the heart of one advocate, Anna Kostrivas. Read Anna’s story — we hope it inspires you to take the next step in your mission to speak up for the wellbeing of children everywhere!

How and why did you first get involved with World Vision?

My whole life I called myself a Christian, but my belief in God didn’t have any effect on my life. I remember thinking it was weird that God said he was so good, yet he didn’t seem to care about the suffering in the world. I thought that his big requirement for being a Christian was church attendance.

Then one day about four years ago, I was driving and I prayed, “God, either you’re not that good or I’m missing something big. I’m bored of the American Dream and feeling so apathetic. Just break my heart for what breaks yours…”

It was crazy and eye-opening and a very real come-to-Jesus moment when, not too much later, he DID. I suddenly could actually feel God’s heart for the suffering of this world and was frantic to do what I could to help. A week or so later, I started getting mailers about being a World Vision Child Ambassador and signed up. Only later did I find out that “Let my heart be broken by the things that break the heart of God” is basically the prayer that World Vision was founded on! I knew I was right where I was supposed to be.

What made you get more involved with World Vision Advocacy, specifically?

Most days, I feel like I’m being pulled between two completely different worlds. My heart is in Africa but my feet are planted here. Advocacy is the perfect way for me to bridge those worlds. Right now, I stay home with our two little boys. It’s made advocacy feel even more meaningful for me. There are moments when their innocence and vulnerability — and the depths to which I love them — literally take my breath away. When I advocate, I think of moms around the world who I know have the same longings for their kids that I have for mine. It’s such an honor to share their stories and stand with them in that way.

Are there any bible verses or stories that really speak to you when you’re doing advocacy work?

For my most recent meeting with my member of Congress, I was going by myself and was so nervous about it. I reread Esther and her story felt so relatable to me. Then I stumbled upon this quote by Ann Voskamp, referring to Esther and the Esther in all of us:

“It’s like you can hear the cry of the red soil of Africa pulsing right here with the heart of God: “You have got to use your position inside the gate for those outside the gate – or you’re in the position of losing everything – of losing your soul.”

You are where you are for such a time as this – not to gain anything – but to risk everything.

You are where you are for such a time as this – not to make an impression but to make a difference.

You could have been the one outside the gate.

Suddenly, I thought of the parable of the talents and saw so clearly for the first time that Jesus wasn’t upset with the guy who buried his talents for not “getting it right,” he was upset with him for not just going for it!

After that meeting, your representative agreed to cosponsor a piece of legislation! How did that come about?

I’m kind of still trying to figure that one out myself! I’d developed a relationship with some of his staff over the last year or so and found them all to be kind and genuine, but my most recent meeting was the first with my representative.

We chatted about being parents and then he asked what he could do. I told him about the resolution on ending violence against children. He listened and basically said, “Yes, that makes sense. I can do that.” Two days later, he was signed on as a cosponsor!

I felt God’s gentle leading so profoundly in the run up to the meeting, and was pretty underwhelmed by my own “ask,” to be honest. Basically, God did all the hard work and all he needed from me was just to show up.

You’ve already joined our new Volunteer Advocate Community – why do you think that community will be beneficial?

The main lie that Satan uses to discourage me is, “you’re in this alone.”

I see so much of myself in Moses when he’s explaining to God his inadequacies and sharing his long list of excuses. God’s looking at him and basically says, “I gave you your mouth, I’ll give you the words, and if you’d stop blabbering long enough, you’d see that your brother is coming. He’s going to help, and he’ll be so excited to see you!”

With this community, I feel like God is saying to me, “I called you and I’m equipping you with everything you need to know. Look! Your brothers and sisters in Christ are all working right alongside you. They’re happy you’re here! You are not alone.”

What advice do you have for anyone looking to get more involved with advocacy?

At first, I put a lot of pressure on myself to convince my representatives to “do something.” But God totally changed my heart and perspective. He helped me see that I wasn’t going to advocate for his “favorites,” I would be sitting across from them too. If God’s desperately in love with each of us, we’re all his number one. With that in mind, I could show up to the meetings without an agenda to promote, but instead with a genuine desire to reflect God’s love and compassion for the people in the room and the people around the world.

I can invite them in to what God’s doing to make his world brighter. But really, the outcome is up to Him and my job can be to just show up and try to love like He does. It’s been a really freeing realization!

'I could show up to the meetings without an agenda to promote, but instead with a genuine desire to reflect God’s love and compassion for the people in the room and the people around the world.' Click To Tweet

Want to join a community of ordinary people like Anna who are seeking to make advocacy a ministry? Fill out the form below for more information!