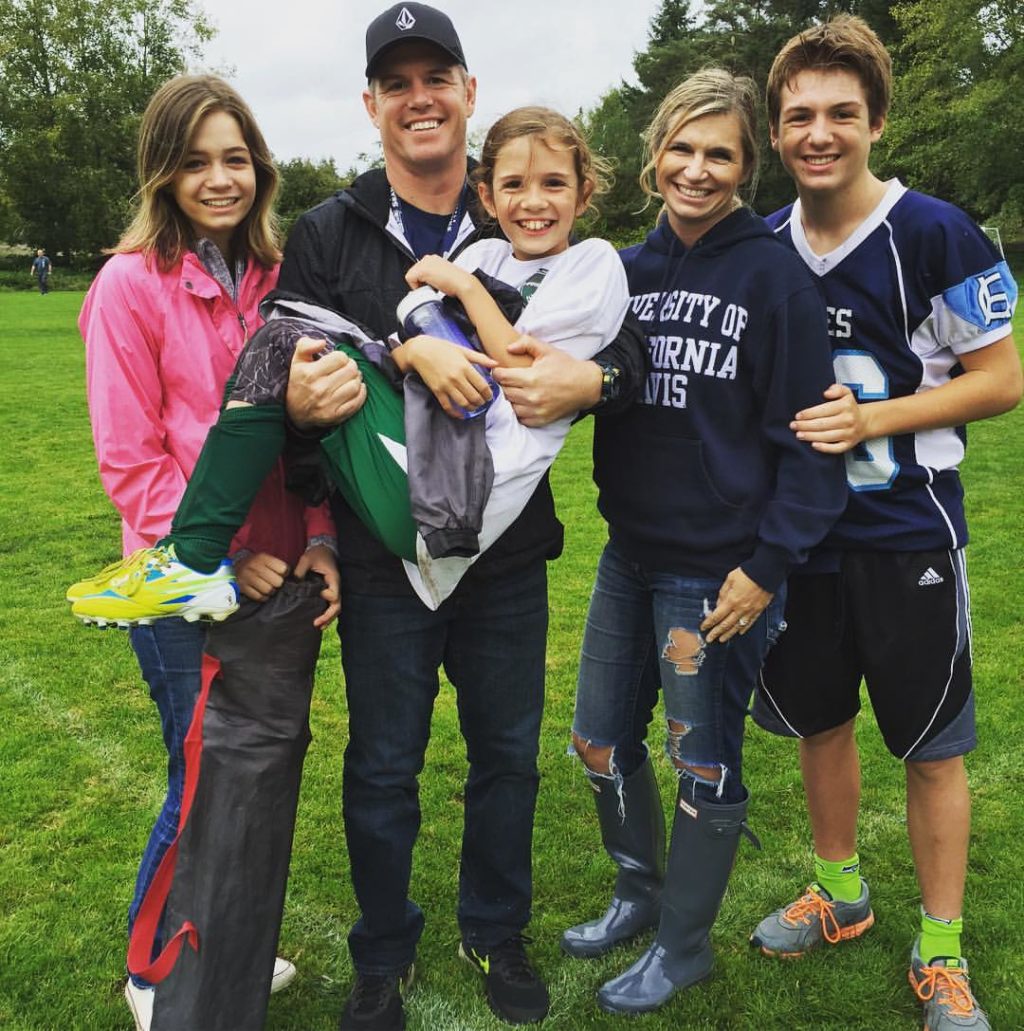 Lisa Anderson is a mother, advocate, and part-time writer for World Vision. In her work, she sees the stories of children in some of the worst circumstances, which inevitably causes her to reflect on the lives of her own children. She lives in Gig Harbor, WA with her husband who is a captain with Seattle Fire Department. She has three children, ages 16, 14, 11, and recently took her advocacy one-step further when she scheduled an in-district meeting with her representative. Below she shares why.

I love how every child is different—even when they’re in the same family.

My husband Vance and I have three kids, ages 16, 14 and 11, and each one is unique. Our youngest is Campbell. With her smudged glasses, messy hair, and big, infectious smile, she’s just the right amount of quirky. One of her first words was “worm.” She’d rather be outside than in. Passionate about everything she does, she’s a piano-playing, aspiring young wildlife biologist with an aggressive streak on the sports field that caught us by surprise.

One of the best things about Campbell is her tender heart. Whether it’s giving constant hugs throughout the day, making cards covered with pictures and sweet words, or singing praise songs softly in her room, she is a sensitive, compassionate little thing. To say Campbell brings our family great joy is putting it mildly.

It’s probably easy to tell that I love my daughter. I do. I love each of my kids with all of my heart and would do anything for them. If you’re a mom or a dad, you understand, because that’s how you feel about your kids too. That’s how we were created—to love our kids. It’s a privilege and a blessing, being able to give our children opportunities to help them explore their full, God-given potential.

Compare my life to that of many mothers’ in the developing world, and it’s a sad, stark contrast. Moms, just like me, would give anything to be able to meet their children’s needs—to feed them nourishing food, give them safe drinking water, and send them to school. But often they can’t. Extreme poverty stands in their way.

Around the world, 168 million children are involved in child labor, including 85 million in hazardous forms of child labor in industries like agriculture, mining, fishing, commercial sexual exploitation, and factory work.

I try to picture myself watching Campbell endure this kind of existence. Sending my tender-hearted, quirky girl out the door, every morning, to toil away in a dirty, potentially risky environment for long days with few breaks and not enough to eat. It’s just too hard to imagine. She’s only 11—she deserves more.

Thinking about my own children compelled me to do something. To step up and fight against child labor—for the children forced to work—and for their mothers who love them every bit as much as I love my children.

I researched ways to get involved, and chose to plan an “In-District Meeting” with my Congressman to bring his attention to the issue and encourage him to back funding to end child labor (ILAB). Inexperienced in anything like this, I was relieved when staff from World Vision Advocacy said they would help me prepare and even accompany me on my visit.

When the morning came for our meeting. I was nervous about saying the right thing. In fact, I was pretty sure I’d say the wrong thing. But I put on a brave face and stepped out of my comfort zone. I was thankful I wasn’t alone.

Our Congressman was out of the office that week, so we met with a member of his staff instead. After brief introductions, my teammates took turns talking about the issue and explaining the facts. Then, finally, it was my turn to speak.

I told him about Campbell and her quirkiness, and how every mom wants to give their child a good future. Then I told him a story I had heard through my work that stuck with me, the story of Bipul—a 9-year-old boy from Bangladesh trapped in child labor because of his family’s poverty. I was able to share how Bipul was finally able to return to school, thanks to World Vision’s interventions and programs aimed at ending child labor, the same type of interventions that the funding we were fighting for would support.

While I was speaking, my Congressman’s representative listened intently. He took notes and asked questions as we gave him information and insight he didn’t have previously. I could tell he cared, and that put me at ease. He thanked me for sharing. He assured us that he would convey the information to our Congressman, and would encourage him to do what he could to support the cause. Our time had been well spent.

Coming away from the meeting, I felt confident that my role had been valuable. I don’t have an impressive political vocabulary or any experience – admittedly some of the things he said were jargon and went over my head. I’m just a mom. I’m just one person who cared enough to become more informed about an issue that moved me. I was willing to take an hour out of my life and explain my views to a leader representing my state—a person with the power to make a difference—and that, I learned, was enough.

Don’t ever think that you lack what it takes to make a difference. Your voice, like mine, is enough. Write a letter. Make a call. Or meet with your own Representatives. Speak up on behalf of children—not unlike your own—who need you and your voice.

Update: In the Senate version of the budget bill, International Labor Affairs Bureau Programs to fight child labor have full funding. However, this funding is missing in the House version of the bill. Learn more, here.