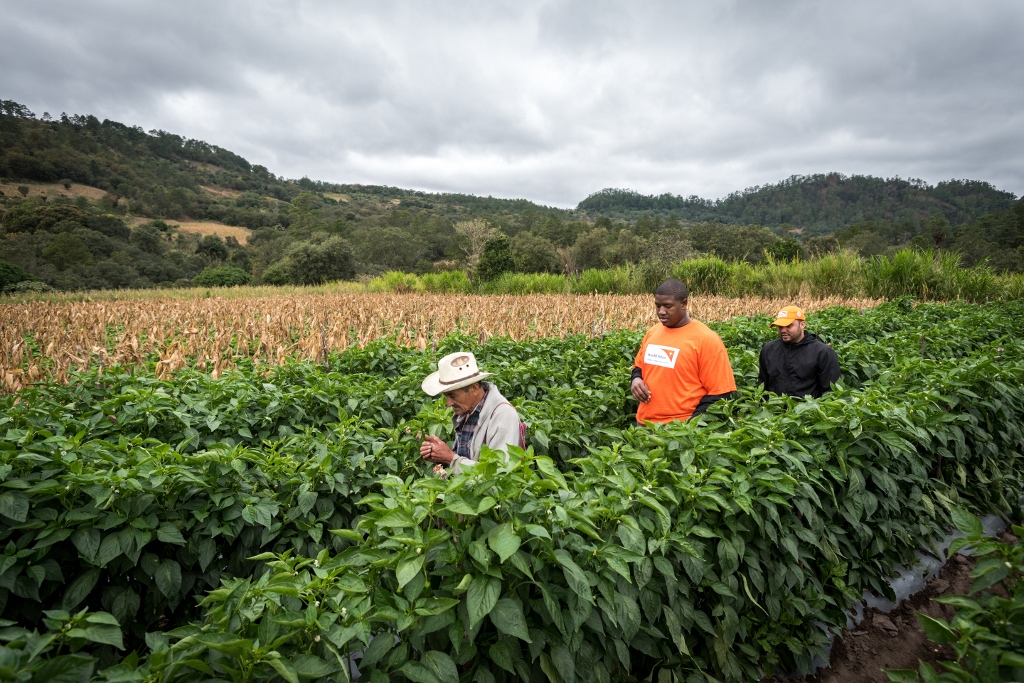 In just this year, World Vision advocates have generated over 5,000 emails and nearly 350 calls to Congress urging our elected officials to pass the Global Food Security Act (GFSA). As a result of these efforts, we are hopeful a final vote on this legislation may be scheduled as soon as next week. When the final bill is brought forward, we call on advocates to swiftly act and contact their U.S. House of Representative to express support for the measure.

The GFSA is a bipartisan effort that will have a significant impact on efforts to end hunger and malnutrition around the world. It builds off the success of the U.S. government’s flagship food security program, the Feed the Future initiative, which is currently in 19 countries around the world. Passage of this important bill will support millions of small-scale producers in growing their own way out of poverty, ensuring a more promising, sustainable future for thousands of families and communities around the world.

Recently, an NFL lineman for the New York Jets, previously for the Jacksonville Jaguars, and one of our advocates, Kelvin Beachum traveled to Honduras, a Feed the Future priority country, to visit a World Vision funded school in San Juan. Upon return, Kelvin used his influential voice to advocate in favor of the Global Food Security Act in an op-ed.

As Kelvin observed, hunger and education are inextricably linked and in his words, “[w]hether you’re a student in Mexia, Texas where I grew up or in the highlands of Honduras, it’s hard for a kid to focus when his stomach is rumbling. A student cannot fuel their education without first fueling their body.”

While visiting the elementary school, Kelvin met Kevin Josue, a nine-year-old boy who he has been sponsoring through World Vision. Kevin is a student leader that teaches and tutors other children on subjects ranging from mathematics to good sanitation and hygiene practices. In western Honduras where Kevin lives, more than 40 percent of children under the age of five are estimated to suffer from stunting, which is a result of inadequate nutrition. Without proper nutrition early in life not only is physical growth stunted, but brain development is affected as well. Children’s lifelong health and educational productivity suffers and life-time earning potential is stifled.

However, thanks to World Vision programs and initiatives like Feed the Future, this trend is starting to reverse. Between 2012 and 2014, Feed the Future beneficiaries in Honduras experienced average income increases of 55 percent, and incomes for extremely poor families — approximately 125,000 people — nearly doubled. As a result of this progress, Kevin and many thousands of other Honduran children will benefit — as with increased economic opportunities, families can afford school fees, more nutritious foods, and even visits to healthcare clinics in times of sickness and other health emergencies.

Passing the Global Food Security Act is not just smart public policy, but it will also save lives and improve the quality of life and well-being for many millions of young people including children like Kevin. The finish line is within sight — when you receive notification of the Global Food Security Act being brought up for a vote this month, please act and join other advocates like Kelvin to urge Congress to pass and send this bill to the President’s desk.