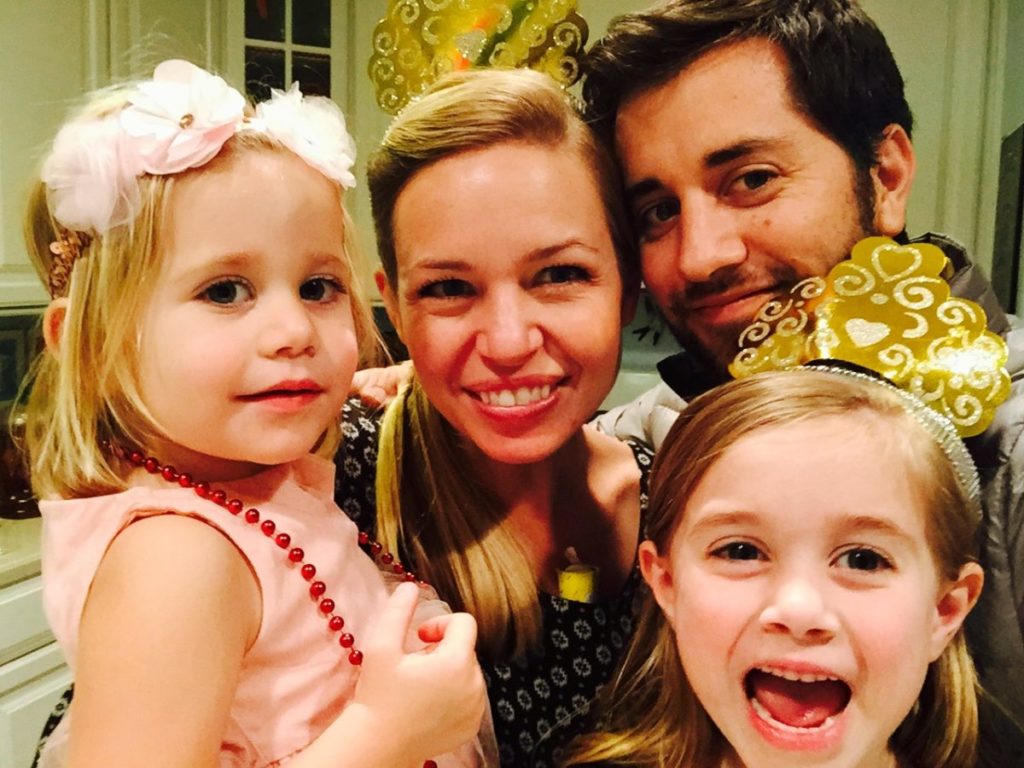 A few weeks ago, advocate Ruthi Hoffman Hanchett joined our conference call and shared about her use of social media to mobilize her personal network for advocacy. Now, she shares her advocate story.

Ruthi Hoffman Hanchett is a World Vision advocate from California, who has had a strong desire to help those in need from an early age.

“I grew up in Oregon in a small farming community. I think I had a pretty privileged experience, but I can remember as a teen seeing migrant farm workers every summer picking cherries,” she explains. She helped tutor some of the kids, who missed out of formal education following the seasonal work, and learned that the families were essentially living in sheds, which spurred her need to fight injustice.

When Hanchett was in college, the World Vision International president at the time, Dean Hirsh, spoke on the Ethiopia famine, and she “very clearly felt a call that I needed to pursue [humanitarian assistance].” Eventually, this led her to a job with World Vision where she got to see the importance of advocating for people’s needs to our country’s leaders.

For Hanchett, the most rewarding experience in advocacy has been when she is able “to empower young people to speak about the issues that affect their lives.” On a number of occasions, she has led youth and adults to international conferences and, when she can get both parties to listen to each other, she feels that it is “powerful and rewarding.”

After working for World Vision for nine years, Hanchett decided to leave because she was having her second child, but advocacy continued to be important to her. Though she wrestled with feeling called to a career in international development work, she has come to realize that she still has power even if she no longer works for a humanitarian organization.

“Just because you aren’t doing this as your job, as your career, you still have so much influence and power.”

Recently, Hanchett took her advocacy to Washington, D.C., with fellow Women of Vision advocates from around the country.

“This trip made the political process more accessible to me,” she shares. It helped her see how her influence as a constituent could touch Congress and how that influence could then impact the world in a positive way.

“The best part for me was…being a part of a group of like-minded people again who shared a passion and even a calling to work toward justice, especially for the poor in other countries. It was encouraging to be with other Women of Vision advocates and to have a very tangible opportunity to speak to Congressional staff who really knew about and seemed to be considering the issues we were raising.”

Once home, she and other Women of Vision advocates in her area took their advocacy to social media to continue talking about issues such as the Global Food Security Act.

“After my trip to D.C., I was re-energized to think about how I can better use my social network to support and advocate for legislation that makes a difference for the poor… and I have learned how powerful it can be to enlist my network of friends on Facebook to join me in advocating.”

She posted on Facebook about the Global Food Security Act, linked to World Vision’s advocacy ask, provided the call script, and tagged friends she thought would act.

“I was so happy to see over a dozen people respond immediately with comments like ‘Thanks for sharing;’ ‘Done;’ ‘Did it!’” Hanchett shares. “While our one voice can influence our representatives, we all have coworkers, family, and friends whom we can influence with greater impact. I think social media makes it easy to do that.”

Even during this season of elections, she wants to encourage others to use their voice in a positive way.

“Right now as we think about this time, it is important to not forget that…our legislators are still working for us, voting weekly, and drawing-up bills.” She feels that as Christians we are called to care about the things God cares about; justice, the poor and exploited, widows and orphan. We must prioritize what we want in a candidate, considering, among other things, if “they care about the poor and having a positive impact on the rest of the world.”

Hanchett would encourage anyone who hasn’t advocated yet to “go for it!” Sharing that “it’s not that hard or scary, you don’t have to know all the answers or have all the info…The World Vision advocacy team makes it super easy. [And don’t] underestimate the privilege and power that we have as American citizens…We have a responsibility to let our leaders know that we care about others around the globe.”

Take action with us! Sign up to receive bi-monthly or weekly emails with easy actions you can take to make a difference!