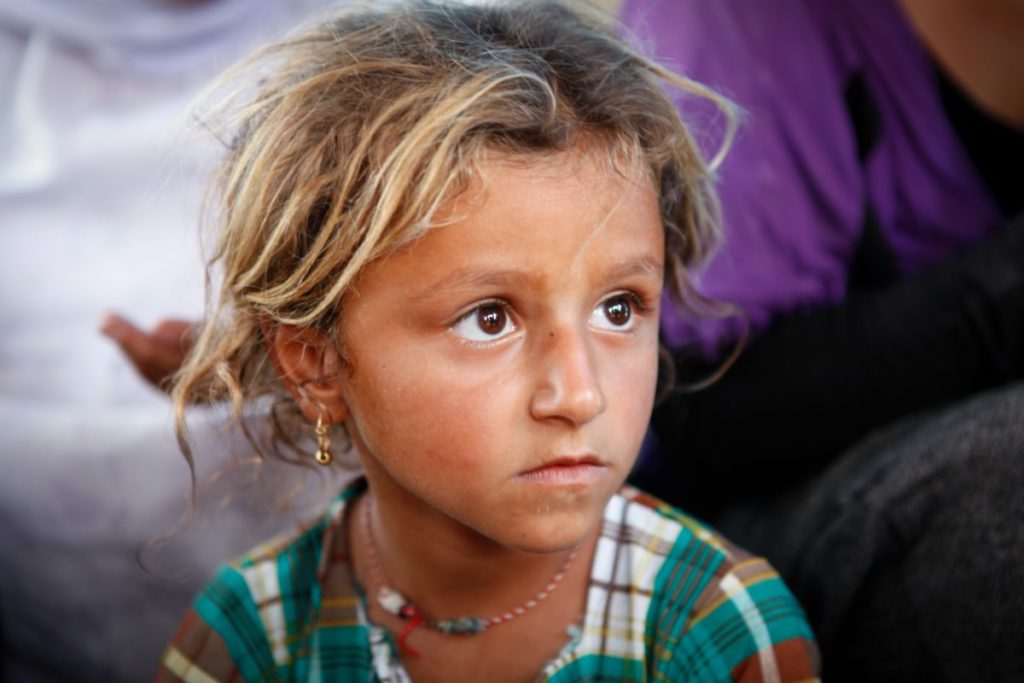 More than four years in, and there’s still no peace in Syria. And 2014 was the worst year yet for Syrians, with children being the most negatively impacted. World Vision’s Syria Response Director Wynn Flaten was just in Washington, D.C. to highlight the impact of the conflict on Syria’s children. During one meeting with senior policy officials, Wynn said, “Almost 2 million children have now fled Syria. More than twice that number are still in Syria, many under direct threat of violence.” As Wynn continued, his face became more somber as he explained the extreme hardships Syrian children experience, “Children have lost homes, friends, family members, and witnessed violence. As they wait and hope for peace, many are missing out on an education.”

Wynn concluded, “The international community should remember that once the Syrian crisis is over, these children will be the ones to rebuild Syria.”

World Vision—along with 21 other NGOs, including Save the Children, Oxfam, and International Rescue Committee—just authored a report that gave the United Nations (U.N.) Security Council a “fail grade” on Syria. The U.N. Security Council passed three resolutions this past year that called for action to secure protection and assistance for Syrian civilians. World Vision’s report, Failing Syria, reveals how these resolutions were ignored or undermined by parties to the conflict and members of the Security Council. In the end, the U.N.’s demands never changed reality on the ground in Syria.

Because there is still no resolution to the crisis in Syria, innocent Syrians in the crosshairs of the civil war continue to suffer the consequences. The Failing Syria report highlights how humanitarian needs in Syria only increased this year:

Launching the report on Capitol Hill, Wynn addressed some of our nation’s governmental leaders about the cost of the civil war on Syria’s children. “Children are subjected to the horrors of war, disenfranchised as refugees, and denied education and a safe childhood. What kind of society will evolve in Syria as these children become adults?” Wynn asked the packed room of officials. “We are witnessing the loss of an entire generation of leaders, teachers, and doctors. And, for those children who do survive in Syria, their childhood is essentially being stolen from them.”

The conflict in Syria has impacted more people than Hurricane Katrina, the Haiti Earthquake, and the Indian Ocean Tsunami combined — and is now in its fifth year. However, the Senate Foreign Relations committee has not kept this topic at the forefront. Ask for this to change.

[This action has expired.]

Photo: Six-year-old Salma lives as a refugee on a gas station lawn in Iraq. Her family makes up just a few of the 350 Syrian refugees living on the lawn in makeshift shelters. “There are no toys here. There is no playing here. There’s no place to sleep. I sleep on cardboard and I get cold. I don’t have clothes. Somebody came and gave me these clothes but they’re the only ones I have now.” © 2014 World Vision/ photo by Meg Sattler