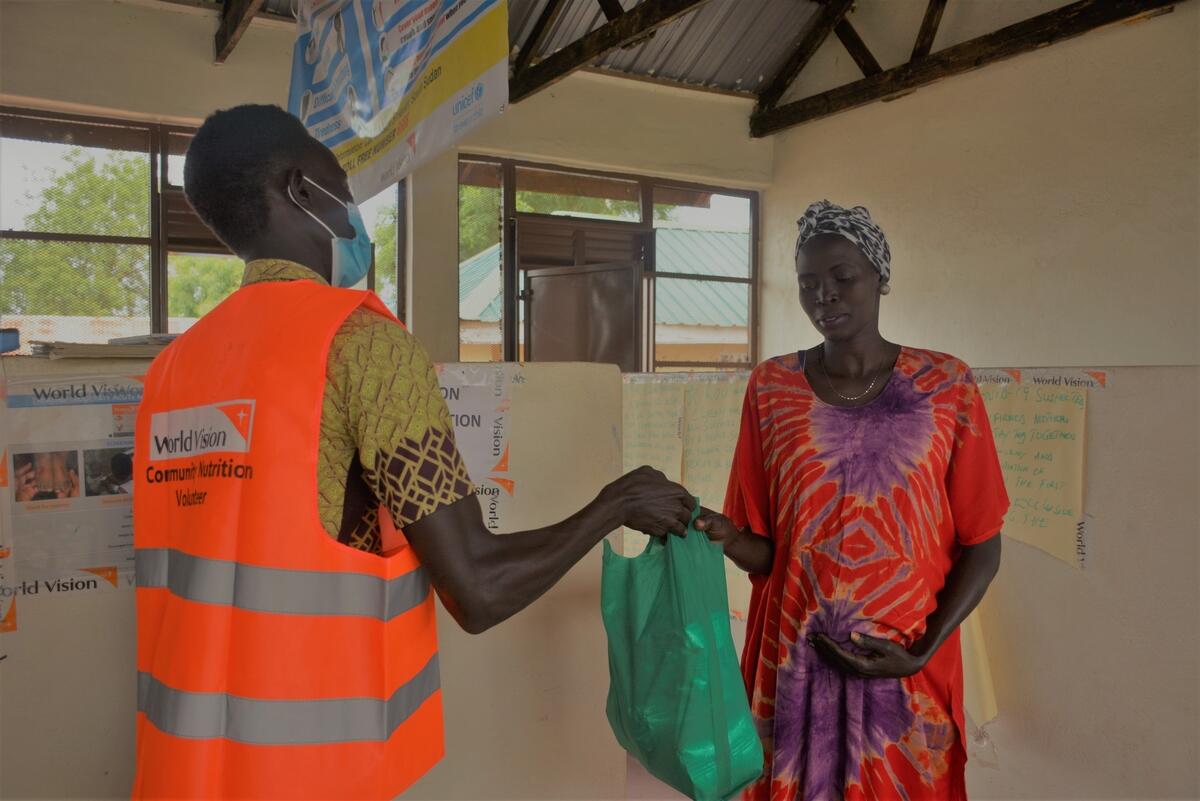 On Friday, October 9, the World Food Programme won the Nobel Peace Prize for fighting hunger at a time when the current COVID-19 pandemic threatens to unravel decades of hard work around the world. Announcing the prize, the Nobel Committee said it wished “to turn the eyes of the world towards the millions of people who suffer from or face the threat of hunger.”

The Rome-based agency, established in 1961 by Dwight Eisenhower, has the ability to do what no single private aid agency can do – coordinate and manage massive multinational relief efforts. The agency was recognized “for its efforts to combat hunger, for its contribution to bettering conditions for peace in conflict-affected areas and for acting as a driving force to prevent the use of hunger as a weapon of war and conflict”, said Berit Reiss-Andersen, chair of the Norwegian Nobel Committee.

World Vision is the WFP’s largest non-governmental partner and has been for 16 years. In 2019 alone, World Vision and the World Food Programme together reached 10.7 million people with life-saving food and nutrition boosting services. More than half (53%) of those beneficiaries were children.  World Vision delivered $525 million worth of WFP food and services last year to people who need it most. In fact, 70% of recipients live in the top 10 most fragile contexts.

In 1989, my wife and I had the privilege of working for World Vision under the auspices of the World Food Programme’s legendary relief effort, Operation Lifeline Sudan. One particular image is burned in my memory:

The sun setting against the Southern Sudanese landscape, a peaceful and quiet evening after another torridly hot day working in the African bush. A distant rumbling like a far-off thunderstorm rises over the calm, quiet evening. Soon the sound of diesel engines and shifting gears can be heard like a mechanized army unit on maneuvers. What looks like a slight puff of dust rises down the lonely road – the only road in the entire district. The dust cloud grows larger and soon a truck emerges from a far bend in the dirt road. Then another, and another until a convoy of 20 trucks, each carrying 10 metric tons of grain, growls the final kilometer to the camp. “They’re here,” goes the call, and soon a crowd gathers to welcome the drivers.

This life-saving convoy often took three days to travel just 50 miles from the Kenyan border to Kapoeta due to the poor condition of the roads. They would inch through the war-torn region, fording rivers where there were no bridges, towing each other through huge mud fields, and navigating potholes that were wider and deeper than the trucks themselves.  It was the last link in a chain that stretched thousands of miles from ports in Europe or the United States to one of the most remote parts of Africa.  For the famine-stricken subsistence farmers living in the surrounding villages, this food was truly a lifeline.  The next day, our World Vision team would load the food on smaller trucks, along with seeds and tools, and make deliveries of the much-needed aid to delighted villagers. Though at that time our partnership with the World Food Programme was just getting started, the benefits were clearly evident on the happy faces in the communities we served.

As the world struggles to overcome the current COVID-19 pandemic, hunger and malnutrition is on the rise. By awarding the Nobel Peace Prize to the World Food Programme, the Nobel Committee has “turned the global spotlight” on the 690 million people suffering hunger globally, David Beasley, WFP Executive Director, said after the announcement. “Every one of [them] has the right to live peacefully and without hunger,” he said, adding that climate shocks and economic pressures have further compounded their plight.  “And now, a global pandemic with its brutal impact on economies and communities, is pushing millions more to the brink of starvation.”

So, take a bow, WFP.  As someone who has seen you in action for over 30 years, I can say you deserve it.

Steve Reynolds is World Vision’s Director of Advocacy Mobilization and a 37-year employee of World Vision, having served 12 years as a Communications Officer and Director in Africa and Asia in the 80’s and 90’s.  He has three adult children and currently lives in Puyallup, WA.

Looking for ways to put your faith in action? Sign up to receive weekly emails about actions you can take to speak up for justice: