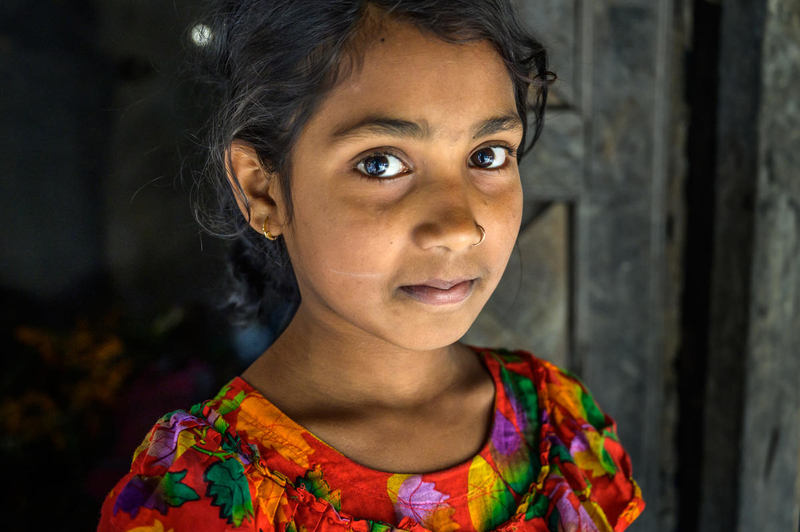 The word “fragility” is popping up everywhere in the humanitarian conversation these days. This one word is reframing discussions between governments and causing humanitarian organizations to rethink their strategies.

But what is fragility? Broadly, fragility is the absence of coping mechanisms for countries, communities, and individuals to respond to shocks in their environment, economic well-being, security situation, political economy, or within their society. When vulnerable communities don’t have coping mechanisms, a natural disaster, crop failure, health crisis, and/or political instability can further aggravate their ability to provide for their families in safe and secure environments.

To help us understand the scope of the issue, the Organization for Economic Co-operation and Development predicts that by 2030, more than 80% of the world’s extreme poor will live in fragile contexts. World Vision is committed to reaching the most vulnerable in these places by moving more resources, personnel, and focus into places where fragility exists. These are the places where children suffer extreme levels of abuse, exploitation, deprivation, and violence. This leads to generations of children that face significant levels of food insecurity and hunger. World Vision is working in these contexts to ensure that children can survive, recover, and thrive.

It should be noted that fragility and conflict are not the same thing. While outright armed conflict is among the most severe forms of fragility, it is also a consequence of multiple other types of fragility. For example, when political fragility is intense it can lead to conflict. Additionally, environmental fragility can lead to failed crops, leading to increased migration of vulnerable populations that can increase the risk of conflict between communities. We are seeing equally devastating environmental and climate-related fragility, increasing the strain on families and the existing limited coping strategies they rely on.

Families often face multiple types of fragility that are intertwined and compound each other. This means that they are often facing not only one type of fragility, but multiple. A country or community might struggle with economic fragility, meaning they do not have the financial resources to survive, recover, or thrive under economic duress, which might be a consequence of their natural environment not producing crops for them to sell or consume.

How we respond to fragility

World Vision is responding to the whole range of fragility by helping individuals, families, and communities develop coping mechanisms, such as building livelihoods through agriculture or developing savings groups in economically fragile communities.

We work with some of the most vulnerable communities, in the most fragile places like Afghanistan, Central African Republic, Democratic Republic of the Congo (DRC), Somalia, South Sudan, and Syria. We can do this work in these places because we have longstanding community partnerships built on trust and because we are an equally trusted partner with both the United States Government and multilateral organizations such as the World Food Program and the United Nations High Commission for Refugees.

World Vision is also on the cutting edge of designing and standardizing program models that work effectively in fragile contexts to serve the most vulnerable. Our Fragile Contexts Programming Approach is unique in the humanitarian NGO community. We are one of the first NGOs to standardize a model, while also testing and piloting it in some very fragile contexts such as DRC.

The GFA is a significant step forward in shifting the U.S. government’s focus to fragility. This bill focuses U.S. foreign assistance on preventing violence and conflict in fragile contexts and saves taxpayer money by preventing the outbreak of conflict rather than using costlier, more traditional military spending to halt a conflict. The act will also empower USAID and other agencies to work more flexibly and collaboratively in fragile contexts. Lastly, by dedicating $1.15 billion over the next five years for conflict prevention and peacebuilding efforts, the U.S. will continue to strengthen its foreign assistance programs and diplomatic efforts to prevent violence and conflict.

The passage of the GFA is a great win for the entire humanitarian community and will ensure that World Vision, in partnership and alongside other organizations can continue to respond to the needs of the most vulnerable in hard places.

Over the coming months, we’ll be posting a blog series about our life-changing work in fragile contexts. Each post will highlight a humanitarian response we are addressing and explain some of the fragility dimensions (societal, political, economic, security, and environmental) that impact the response. Stay tuned to learn more about our work in the most fragile contexts and how we empower communities to overcome fragility!

Want to stay informed about how you can speak out on legislation that affects poverty?

Sign up to receive emails about our issues and learn about easy actions you can take to advocate for the health and well-being of children around the world.