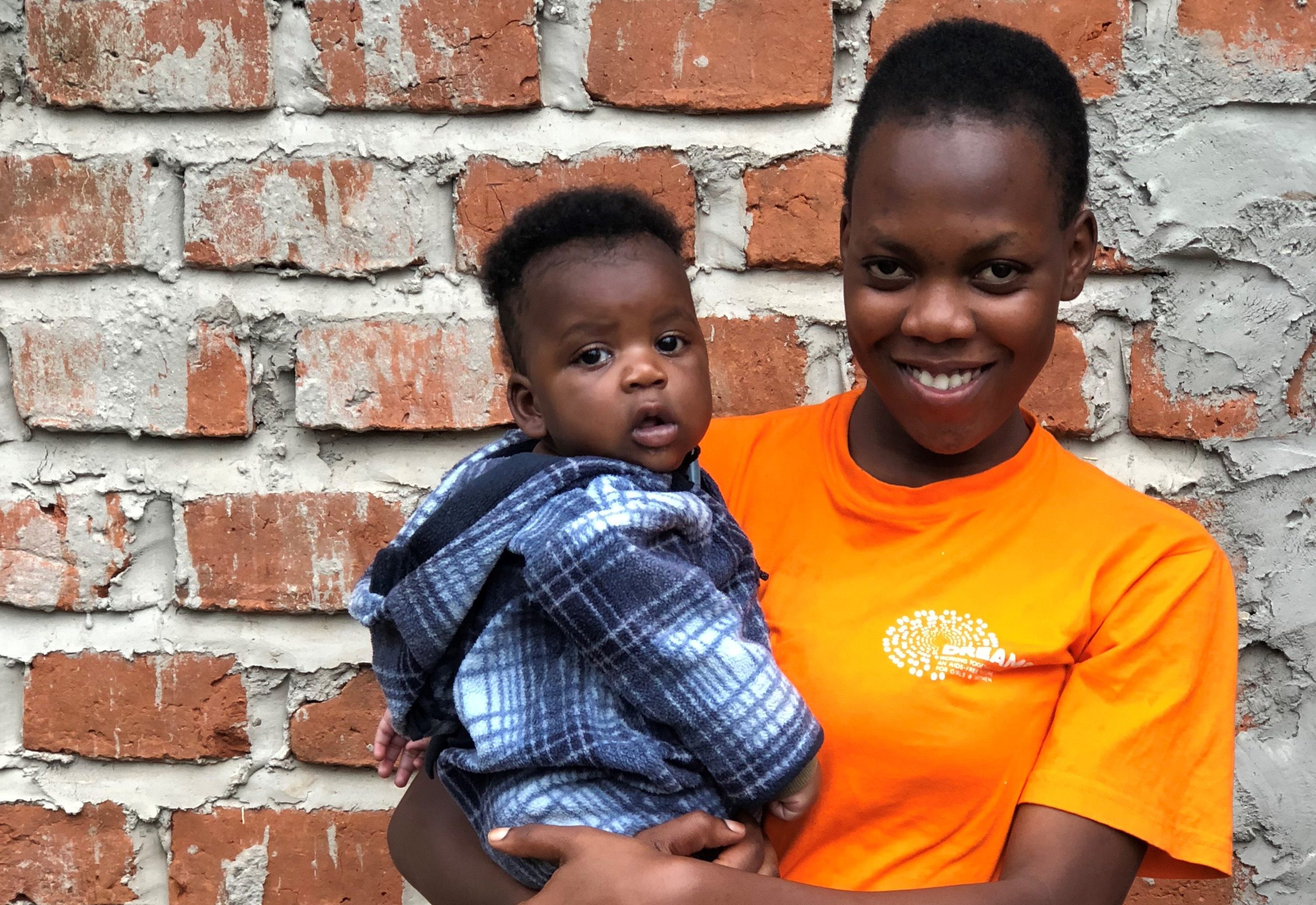 Around the world, as many as 130 million girls are out of school. Poverty remains the most important factor in determining whether a girl can access education. Adolescent girls out of school are at a uniquely high risk of HIV infection and sexual violence, as well as harassment, early marriage, and pregnancy. In Uganda, one in four women will have a child by age 19.

World Vision’s SAGE project (Strengthening School Community Accountability for Girls’ Education) in Uganda aims to reduce secondary school dropout among girls ages 13 to 19 in 151 schools across 10 districts. The project, funded by the Department of State and PEPFAR, uses Stay in School Committees (SISC) and an early warning system to transform social norms and practices; reduce risks of early marriage, pregnancy, gender-based violence, and HIV infection; and support girls to stay in school.

Down narrow dirt roads, through coffee and banana trees, and surrounded by tall maize plants, Daisy, age 18, lives in a small brick house with her mother, two younger brothers, and her newborn son, Honest. Behind the curtain separating the bedroom from the kitchen, Honest was sleeping. Sick with a cold, he woke up several times while we were talking. Daisy was attentive to his every cry and comforted him the best she knew how.

Daisy’s father passed away when she was only seven years old. Since then, Daisy’s mother has been the primary breadwinner for their family. She walks several miles every day to get to and from the rock quarry where she gathers rocks and sells them, earning roughly 3,000 shillings (the equivalent of 81 U.S. cents) a day.

When Daisy got involved with an older male student at school and became pregnant, her mother sent her away and refused to pay her school fees. After several weeks of absences, the SISC visited Daisy’s home.

Before dropping out, Daisy was the head girl at her school and was excelling in all of her classes. The SISC talked to her mother and told her how bright Daisy was. If Daisy’s mother was able to help with the baby, Daisy could catch up and finish her last year of school. Madam Ann, one of Daisy’s teachers and mentors, explained that if Daisy could finish her education, she could better support her siblings and her son.

Her mother agreed, and Daisy returned to school shortly after giving birth. Her classmates shared notes and provided her with books and materials. During her lunch break, Daisy walks to her home over a mile away to breastfeed and then returns for her afternoon classes.

Since returning to school, Daisy is more determined than ever. Despite the dual responsibilities of being a student and a mother, Madam Ann said, “She is focused. She sits in the front of the class and is very attentive.”

Daisy is one of over 38,000 girls supported by the World Vision SAGE DREAMS project in Uganda. She is a shining example of what it means to be determined, resilient, and empowered. One day, she hopes to become a teacher and encourage other girls in her community to continue their education.

“I dream to become a teacher and help girls to stay in school. Madam Ann helped me be determined, resilient, and strong,” Daisy said.

Nearly all the girls (95 percent) identified by the early warning system as being at “high risk” of dropping out were retained in school, including 17 who dropped out and returned to school as a result of a home visit.

Through the DREAMS project, girls like Daisy are able to see a new world of opportunity through education. Educated women have more skills, self-confidence, and are even likely to marry at a later age and have fewer children. At World Vision, we believe that every child is created in the image of God, with unique talents and abilities. Every child deserves the chance to experience life in all its fullness, to dream big dreams, and to realize their God-given potential.

Ask Congress to support the Keeping Girls in School Act!