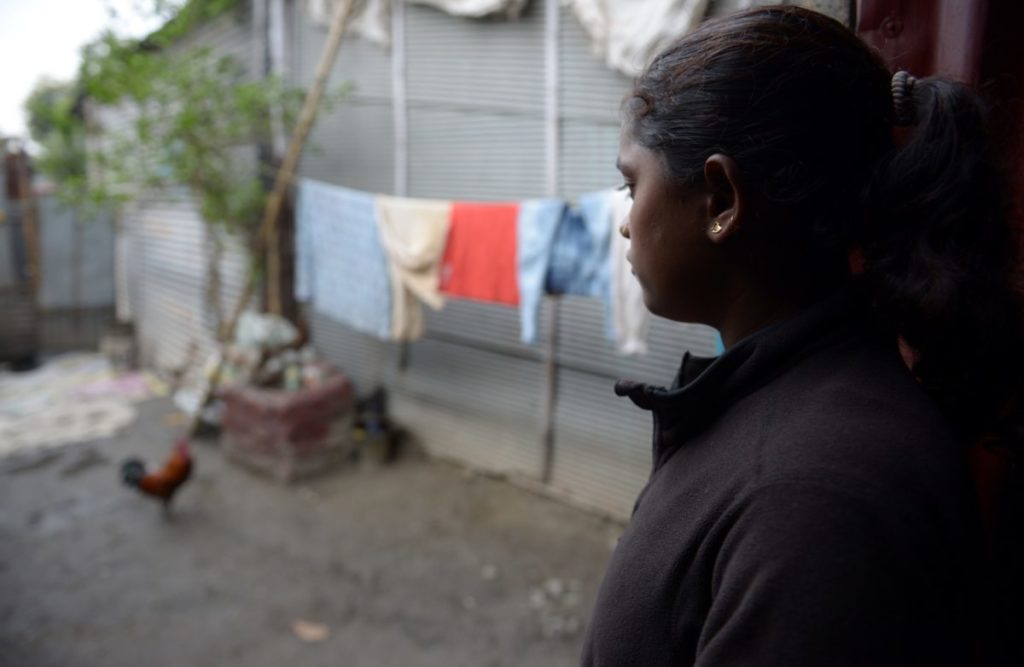 This is part three of a four-part series taking a deeper dive into child protection efforts in India. A group of concerned volunteers known as the child protection unit works together to protect children from child labor, child marriage, and child trafficking through education.

Exiting the main street of the community, Sandeep and Santosh meander down to Reshma’s* house. Nestled in her humble one-room home, Reshma’s mother, Kumari*, tends to the household chores while Reshma completes her school assignments.

Welcoming the two child protection unit (CPU) members, Kumari hurriedly tidies up, making a place for them to sit.

“All is well? How is school going?” inquires Sandeep.

“Yes. School is going as usual. I had exams and my results are out. I have cleared and moved on to ninth grade,” says 17-year-old Reshma.

Engaging in conversation, Sandeep enquires about the current situation with Reshma’s in-laws. It had been two years since Reshma was brought back home after the fateful decision made by Kumari to have her daughter married at the age of 15.

With the death of her husband, Kumari was left to raise her children alone. She tried her best to juggle the role as mother and breadwinner, which grew harder as her daughter crossed the threshold of adolescence.

Kumari shares that “As a mother, I wanted a good life for my daughter and for her to move forward in the right direction. I wanted her to study, but as girls grow older they become a burden for the parents. Working all day to earn enough to feed my family, I wasn’t at home to monitor what the children were doing.”

As per Rapid Survey on Children 2013-14, in India, 30.3 percent of women aged 20-24 married before age 18. According to the 2011 report The situation of children in India A Profile by UNICEF, West Bengal is one of eight states where more than half the women are reported to have married before age 18.

Succumbing to societal bullying, Kumari sacrificed all that she had for her daughter’s dowry—$334 (USD) was the bride price she could afford. Kumari’s one request for Reshma’s in-laws was that they would promise to invest in Reshma’s education. But Kumari’s request was forgotten the minute Reshma stepped foot in her new home.

“I was deeply in love with him and got married young. I had one condition for agreeing to marry my husband, which was that he would support my education. But from the day I entered his house, my in-laws made me do household work all day long. I was told that this was a women’s role to manage the house. ‘Studies will not help you do household work’ my mother-in-law used to say. I had to drop out of school,” says Reshma.

Under the control of her in-laws, Reshma was resigned to a life of solitary confinement within the four walls of her domestic prison with no permission to meet even her mother.

“They told me that the dowry paid was less and managing the household was my daughter’s fate. They even stopped her from visiting me because they didn’t want me to fill her head with the idea of education,” says Kumari.

A member of World Vision’s children club reported the secret marriage to the CPU. Sparing no time, the CPU called for an emergency meeting to discuss the plan of action.

“There used to be many cases exploiting the vulnerability of a child in our community, but we didn’t have the information on how to deal with them. After World Vision formed the CPU and gave us training on child protection, we started to understand the kind of issues that can deprive a child of their rights and ways to resolve the issue. Within four months of our formation and doing awareness programs, people within the community started reporting cases of child labor, sale of children, missing children, and child marriage to the CPU. When we heard about Reshma’s case it was important for us to go visit her mother to understand the situation. With sensitive cases like this, it is important for us to approach cautiously and gain the family’s trust. The mother regretted letting her daughter marry and wanted to get her back but was scared about what would happen to her daughter’s future,” says Sandeep.

Going against her community’s sentiments and Reshma’s in-laws’ wishes, Kumari took the bold decision to bring her daughter back home so that Reshma could finish her studies.

“The day I got to speak to my daughter on the phone she was crying. I told her that I had made a huge mistake by getting her married so early. I had wrecked her life, and I would be the one to piece it back together. I had to rebuild her life again, and money didn’t matter anymore. I found a way to bring her back home, and she has been with me ever since. I wanted her to know that I would find the means to make her study and I had the support of the CPU members to send Reshma back to school,” says Kumari.

Encouraging Kumari not to lose hope in her daughter’s scholastic aspirations, the CPU ensured educational support. Kumari with the help of the CPU members enrolled Reshma back into school.

“I told my mother, I wanted to come home and didn’t want to stay there [with her in-laws]. Now I am back home and studying to finish school. Looking at my mother, I have experienced that there is no respect for unskilled labor. Without education, there is no dignity. Education will enable me to achieve better things in life. The CPU members support my studying and acquiring an education. I now understand the ill effects of child marriage and realize that completing my education is the right thing to do. I want to pursue a computer course too,” says Reshma.

To facilitate Reshma’s journey back to school, World Vision also provided educational assistance in the form of a school uniform, notebooks, and a school bag. Reshma also attended the remedial classes started by World Vision for extra coaching.

“I am able to brave the taunts of society only because I have the support of the CPU members,” says Kumari. “They constantly encourage me that striving to educate my child is the right thing to do. The past is the past and so was the mistake I made. Now I can proudly say that my daughter is moving forward in the right direction. I am confident that she will be able to stand on her own feet without any fear. I tell her that education will take her a long way and once acquired no one can uproot it from her. Her future will not end up like mine, scavenging through garbage for scraps. I have spared my daughter of that humiliation.”

Currently, 17-year-old Reshma lives with her mother, Kumari. Her husband comes and visits her at her mother’s place. She was also able to make him understand her educational aspirations and gain his support in letting her complete school.