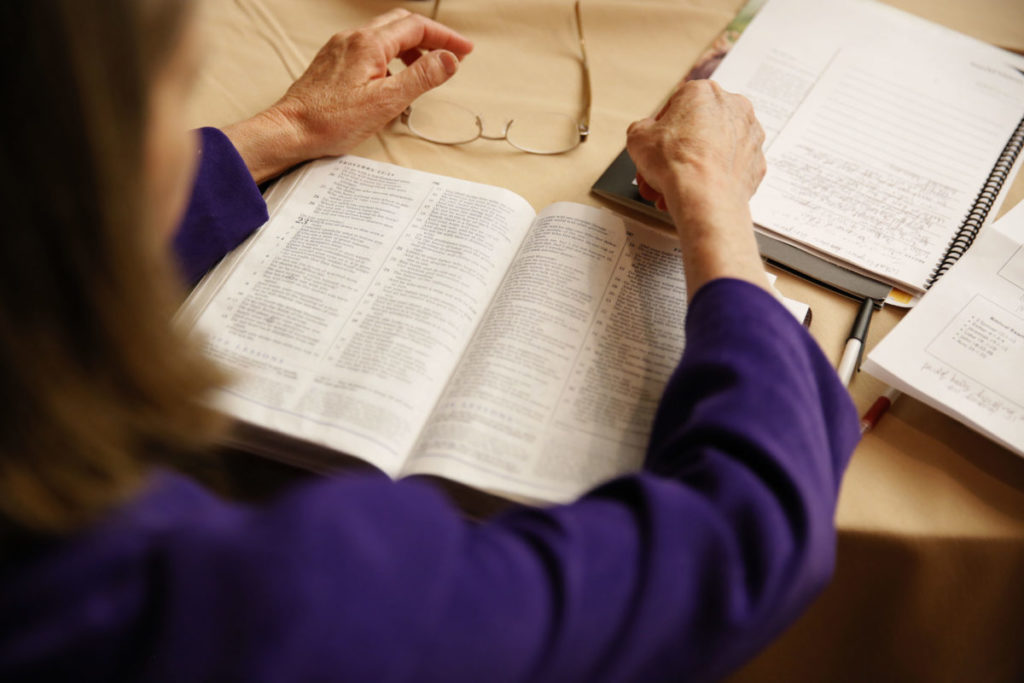 We are called to not just to encourage our leaders but we are also called to act as prophets— to continue the prophetic work of our Lord. Jesus is prophet as well as priest and king. What do prophets do?

Prophets speak God’s truth to God’s people in a specific time and place so that they can do God’s will. To do this in the public arena implies three tasks.

Expose the Lies and Combat them with Divine Truth:  At any time and place, there are deep lies people believe that justify an injustice that is done. For example, the institution of slavery is often justified by the lie that some people are worth more than others. The divine truth is that we are all made in the image of God, equally and infinitely precious.

When we name the lie and the divine truth that disarms it, Christian leaders can experience a change of heart, realizing that they have been making decisions based on a belief that is not of God. In the struggle to desegregate the city of Nashville during the civil rights movement, a key step in the mayor’s conversion from supporting segregation to participating in its demise, was a conversation with a young leader who asked him whether he believed, as a Christian, that people should not be able to sit next to each other in a restaurant merely because of the color of their skin. The mayor had to acknowledge that this belief was not biblical.

Cast a Vision: “In the last days…your young men will see visions, your old men will dream dreams” (Acts 2:17). The Scriptures are full of beautiful visions of shalom, of the beloved community that God desires for his people. Prophets both warn and promise, casting a vision for the world as it should be. When we advocate for justice, we often tend to focus on problems. When we convert our problem language to the language of dreams and visions, leaders can be inspired. We can find ourselves united in a common vision, standing on common sacred ground. Then, a conversation can often become more productive — even with a leader who does not agree with us. Instead of trying to convince a leader to do our will, we can seek together for how to do God’s will.

Speaking the Language of the Heart: We tend to approach leaders with statistics and rational arguments. While this is important, it is often insufficient. People make decisions on the basis of both the right and left brains, the mind, and the heart. The prophet Jeremiah broke a pot. Jesus washed feet and broke bread. These were symbols that spoke more powerfully than words. Sometimes the people of God need to sing as well as talk, use images and tell stories as well as providing rational reasons for policies that save children.

Rev. Alexia Salvatierra is an ordained pastor in the Evangelical Lutheran Church in America, with over 30 years of experience in ecumenical, multifaith and community ministry, community organizing and legislative advocacy. For over 11 years, she was the executive director of Clergy and Laity United for Economic Justice. She currently serves as the director of justice ministries for the Southwest California Synod of the Evangelical Lutheran Church in America and consults with national/international organizations, including World Vision, InterVarsity, Sojourners, the Christian Community Development Association, Auburn Theological Seminary and Interfaith Worker Justice.

She is the author of Faith-Rooted Organizing: Mobilizing the Church in Service to the World, published by InterVarsity Press.

This is the final post in a four part series authored by Rev. Alexia Salvatierra for our January biblical justice series.