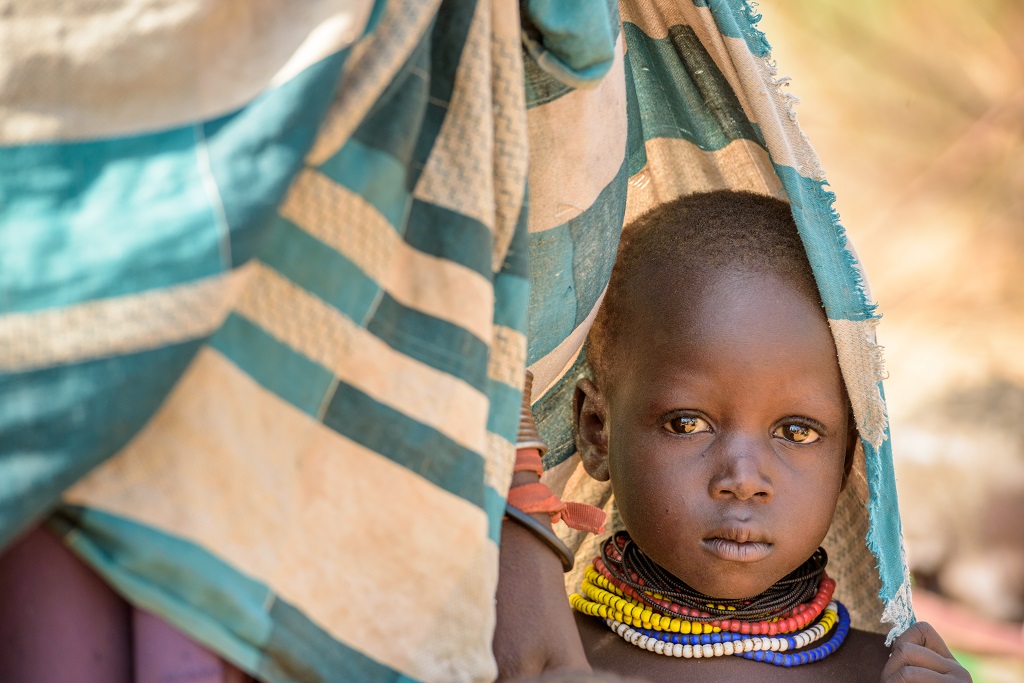 On February 13, World Vision supporters joined our advocacy conference call Hope for a World Without Hunger. Experts talked about the partnership between World Vision and the U.S. government to reduce global hunger and highlighted a simple way to encourage members of Congress to accelerate this progress!

Listen to the call recording and read highlights below. If you want to receive updates on our next conference call, be sure to join our network!

Famine was declared in 2017 in two areas of South Sudan. Other regions in South Sudan and several other countries including Ethiopia, Kenya, and Somalia, were teetering on the edge of severe hunger conditions. World Vision advocates, along with other organizations, raised the alarm to the U.S. government, which led to increased funding to address the issue.

A story of success in the field; timestamp 19:15

Mama Kosi, a widower with six children in Kenya, could hardly feed her family let alone pay for their school fees. Because she had been married to a person from a different community than her own, she was treated as an outsider and could not benefit from any projects targeting the community she lived in. Despite all this, she had the courage to join World Vision community trainings as a non-beneficiary in order to gain knowledge and skills to help improve her farming. Her persistence, courage, and hard work, paid off. Within three years, she managed to put her children through school, construct a new house, and purchase a new car, which allows her to transport her produce to the market.

Beth Ann shares what gives her hope for a world without hunger; timestamp 20:40

We should look at the whole narrative of human history. Today, we are experiencing less famine and it’s happening less frequently. Improvements in health and economic empowerment, with the help of humanitarian organizations such as World Vision, have played a critical role.

As Christians, we are people of hope. We need to rally and answer the call to do more and act!

How advocates have influenced hunger policy in the last year and what you can do now; timestamp 26:10

Next steps for advocates; timestamp 37:40

Write a letter to the editor: These pieces are about 200-300 words and are usually written in reference to an article that was in the local newspaper recently. The Opinion page of your local newspaper is where community members like you can submit a short, informative piece on a local topic – we can help with creative ways to connect what is happening globally to your local community. Letters to the Editor are great because they reach your members of Congress, even though it’s not directly addressed to them the do read and monitor local media, as well as raise awareness of the issue among other potential advocates. We know this works because members of Congress have shared that their action, or outreach to constituents, began with seeing a Letter to the Editor or Op-Ed piece.

We realize that this form of advocacy may seem foreign or even a little scary – but we encourage you to try it! With a prewritten draft, it is easy for you to get started, and we will walk alongside you the whole way.

Learn More about Writing a Letter

Photo: Outside Lokichoggio in northern Kenya’s Turkana County is a village of 3,885 people called Ngikwasingyen. Ngikwasingyen means “dry sand.” But it wasn’t always this way. “There is a river here that used to flow with water,” says Nalet Ekapuon, 53. “Today there is no water. We now have a new name for this place.” A place of flowing water has now become a place of dry sand. The people of Ngikwasingyen are suffering because of the latest drought in Kenya. ©2017 World Vision/photo by Jon Warren