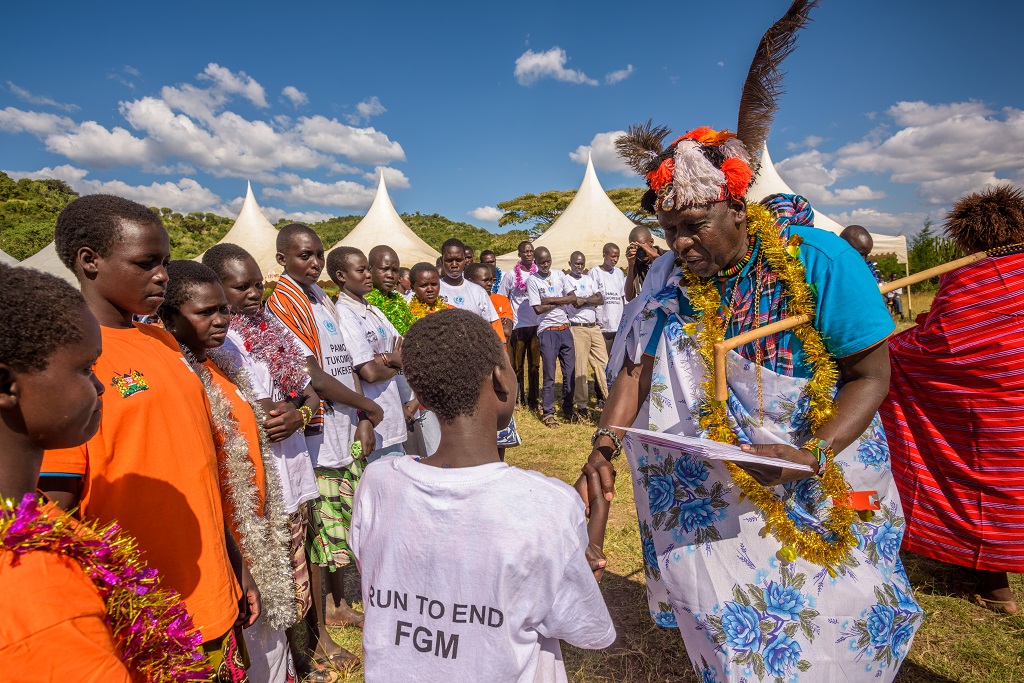 More than 200 million women and girls around the world are living with the results of the dangerous practice of female genital mutilation (FGM/C), also known as cutting and female circumcision, according to a report by UNICEF, the U.N. children’s agency.

In the next decade, 30 million more are at risk. The United Nations created the International Day of Zero Tolerance for Female Genital Mutilation, observed every year on February 6, to stop this harmful practice to girls and women. Ending FGM by 2030 is also part of the United Nations’ Sustainable Development Goal to achieve gender equality and empower all women and girls.

In many cultures, FGM/C is a traditional practice often carried out in childhood or adolescence as a rite of passage into womanhood or a prerequisite for marriage.

After FGM/C, many girls don’t return to school, becoming child brides and child mothers instead. A daughter marrying lessens a household’s economic burden and provides an immediate benefit in the form of gifts, such as cattle, that the family receives as a dowry. This contributes to parents — especially those immersed in poverty — marrying off their daughters at a young age.

While the practice has no medical purpose and there is no religious justification for it in Christianity or Islam, it is deeply rooted in traditional cultures, especially in sub-Saharan Africa. In Kenya, 23 percent of girls and women ages 15 to 49 have experienced FGM, despite FGM becoming illegal in 2011. The nation also set a minimum age of 18 for marriage starting in 2014.

World Vision is helping to change attitudes and behaviors in Kenya

In northwest Kenya’s West Pokot County, World Vision is in the midst of a four-year project to end FGM/C, child marriage, and other forms of abuse and violence. More than 200,000 children and adults are benefiting from:

Gladys Koyet, the headmistress of St. Catherine’s Secondary School where the Alternative Rite of Passage program was held, dreams big for the girls who are in her care. Nationally, less than 46 percent of Kenya’s girls attend secondary school, so she knows that many factors, including family pressures, FGM, and child marriage make it hard for girls to stay in school.

She encourages girls in anti-FGM training at her school to continue their education. “Education makes you self-reliant,” she tells them. “We want you to come back to be the professors, the teachers, and the principals of the schools where you are learning.”

Changing deeply entrenched cultural practices takes time and persistence, but there’s strong evidence that FGM can be eliminated in one generation. World Vision will continue educating and empowering girls and their communities to end this harmful practice so life in all its fullness can become a reality for every last one.

This story was originally posted on worldvisionphilanthropy.org.

You can take a stand to end this harmful practice.

Email Your Senators to Help End Violence Against Women
Fill in the information below to find your members of Congress.
Break through the noise: edit the email, share why you care, or add a personal story!