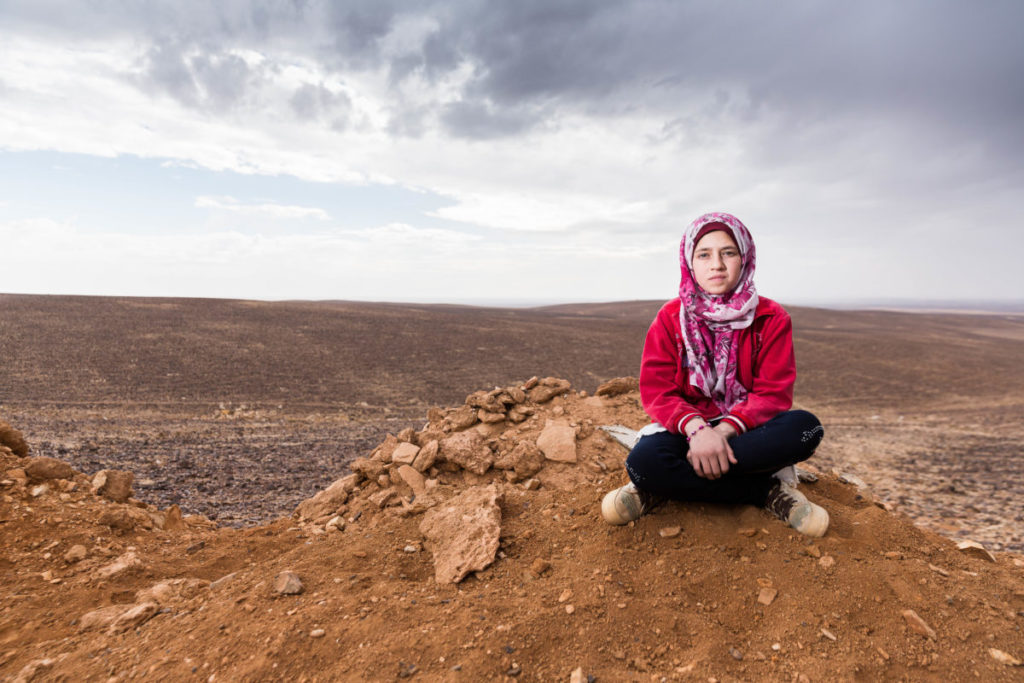 Six years of war has torn Syria apart. Violent reactions to peaceful protests throughout the country descended Syria into chaos in early 2011. Syrian children and families have borne the brunt of the conflict’s disastrous consequences. Hundreds of thousands have been killed and more than half of the population — 11 million people — have been displaced from their homes.

Today marks the sixth anniversary of the war’s outbreak. Since then, 5 million Syrians have fled to other countries as refugees and more than 6 million people are displaced within the country. In many cases, children caught up in this crisis have fared the worst, losing family members or friends to the violence, suffering physical and psychological trauma, falling behind in school, or completely losing out on education.

Then, there is the story of Cari from Seattle and the Alhamden family from Syria. In Seattle their worlds collided in the most beautiful way possible – through compassion, friendship, and love. Reading through the story of Rabah, her husband Bassam, and their children is a reminder of ways we can honor and serve the people of Syria as the country passes a sixth painful anniversary, entering a seventh year of conflict.

Rabah and Bassam were living in their home in Syria, with a beautiful garden and fruit trees, where he worked full-time and she would grow everything from olives, to figs, to green beans, and strawberries.

“It was beautiful,” says Rabah. “We had everything.” “We were aware of the revolution in Arab countries, but we didn’t expect it to happen to us,” says Bassam. “Our town was peaceful.” Then, in March of 2012 airstrikes began. “We wouldn’t have food for weeks,” says Rabah. “There was no power. No utilities. No bread. Sometimes we would eat the [food] for the animals.” After approximately nine months, the family made the difficult decision to flee to Jordan. “After living in the village, with fresh air and a garden teeming with vegetables and fruit trees surrounded by the cactus fence, Jordan’s Za’atari refugee camp — bulging with 80,000 people, no electricity, and no opportunity — was a nightmare.”

Across the world in the United States, not knowing what her future would hold, Cari who lives in Seattle, WA was at a World Vision event in March 2015.

“Our table was asked to pray for Lebanon,” she says. “They had so many refugees from Syria. I had not heard any of this in the news, at least not that I could remember.” The Child Ambassadors bowed their heads to pray. “We were crying as we were praying,” she says. “Why is [the Syria refugee crisis] not on the evening news every day? Children are dying.”

Show honor through prayer: Heavenly Father, we pray Your blessings on the children and families who’ve fled violence in Syria. Just as we ask You to “give us this day our daily bread,” we ask the same for them. In Your mercy, lift them out of despair and into hopeful expectation. Give us strength and courage to be Your hands and feet among refugees and people in need around the world. Help us to share our gifts from what You have given us. Show us a way forward that brings the peace of Your kingdom on this earth.

Cari was on her own journey, recovering from neurological complications from a skiing accident. But her heart had been opened and she knew she had more to give.

She continued to learn what war does to people, especially children. “It just seems like a horror movie that’s going to be over in a couple of hours,” she says. “The movie is over, you throw the rest of your popcorn away and go home. You go back to work. To soccer practice. Your book club. Whatever you do every day. You’re done with it.”

Show honor through raising awareness: Few people realize that the conflict will be entering its seventh year, or that more than 11 million people have been affected. Before the conflict, Syria was a country with a lot of similarities to the United States – children were in school, families worked, and now places that were once safe and welcoming have become places of terror. Do not let these people be forgotten. Here are some things you can do –

The Almhaden family spent more than seven months in the refugee camp before making their next decision.

The family existed on starches — pasta and rice. “There were no fruits. No vegetables. No money to buy produce,” says Rabah. “For seven months, we didn’t have tomatoes.” After seven months in the camp, they registered to go back to Syria. They’d take their chances. “We gave away all our possessions,” says Bassam. “I dressed my children in the night,” says Rabah. Everyone was ready to go.

They waited. At 2 a.m., the phone rang. “A family member said, ‘You can’t come. There was an airstrike that killed 14 people in our village,’” says Bassam. The family began to weep. They had given away all their belongings and had nowhere to go. Kind neighbors gave them a few possessions, but now they had next-to-nothing.

“A week later,” says Bassam, “we were asked [by the United Nations] if we wanted to go to a foreign country.” Bassam went quiet. “I was shocked.” He said yes. The UN caller could not tell him which country they would be going to, but Bassam knew that anyplace was better than the refugee camp. Then began 18 months of interviews, each lasting five hours. Everyone in the family would be interviewed numerous times to ensure their stories corroborated.

Show honor through advocacy: The truth is, we are facing a lost generation in Syria. Nearly 90 percent of refugees remain in the Middle East region. Members of Congress need to know that Americans care about this issue. Ask that the accounts that help refugees in the Middle East and that programs that prioritize child protection are supported. Contact your members of Congress.

Rabah, Bassam, and their family ended up in Seattle, Washington. Through a series of steps, God brought Cari and the Almhaden family together. Cari shares about an unexpected night at a dinner.

“That’s how it went from head to heart,” she says. It was at a dinner that she began to love Rabah. “We connected very quickly,” she says. “‘Now we have family again,’ said Rabah. Then she began to cry. The translator began to cry. We were all crying,” says Cari. “Rabah hadn’t seen her family in three years. At that point, I had a person in front of me who had been through hell. They were so thankful to be here and have a person they could call friend.”

Show honor through giving time: Set aside 10 to 15 minutes and read the full story of Cari and the Almhaden family. See how God is working amidst this crisis and consider how he may work in your life during this unique time in history. What is our call as Christians?

“We ask God that peace will come back to Syria and that families will be safe,” says Rabah. “That the war will stop one day, and they’ll have food again. And no more deaths. That Syria will be what it was before.”